The natural beauty of the Golden Isles is undeniable. From our miles of scenic beaches to our community parks, there’s plenty of scenery to explore and room to wander in the glow of Mother Nature’s splendor. Nestled within it all are an array of historic sites that tell the proud story of the area. Explore it all freely in your own way with bicycle or golf cart rentals, or join in on a sightseeing tour for enriching insight from the locals who know the islands best! Adjacent to the Lodge at the Sea Island Golf Club.

Planted by Anne Page King, owner of the plantation house which was famous for its floral gardens, the Avenue of Oaks now leads into the Sea Island Golf Club. St. Simons Island has had an important place in the timber industry.  Timbers, cut from Cannon’s Point at the north end of the Island, were used to build the frigate U.S.S. Constitution in 1794 and later in 1874 these they were used in the construction of the Brooklyn Bridge. The battle fought here on July 7, 1742, when Spanish troops landed on the south end of St. Simons Island, proved to be the turning point in the Spanish conquest of Georgia. Legeon has it that the marsh ran red with Spanish blood. The battle was a British victory which ended the threat of Spanish invasion into this colony. The Christ Church site was the site of services around 1736 when John and Charles Wesley, two brothers from England considered the fathers of Methodism in America, first preached to natives beneath the limbs of an enormous oak tree.  The church was first built in 1820 and was then partially destroyed by Union troops during the Civil War.  Anson Phelps Dodge, Jr., built the present structure in 1884 in memory of his wife, Ellen, who died during their ’round-the-world honeymoon. The church still has magnificent Tiffany stained glass windows and is one of the more treasured location on St. Simons.  If you wander the cemetary, you will see graves dating back to the 1700s and many of the characters from the Eugina Price books have grave sites at the Church. The church was built in 1869 by former slaves of the St. Simons plantations, the original church was constructed with rounded windows and an off center steep. Fort Frederica was established, in 1736 by James Oglethorpe, to protect the southern boundary of his new colony of Georgia. This historic national site includes remnants of a tabby fortress the British built in the 1730s as a bulwark against Spanish invaders from Florida. In 1736, 44 men and 72 women and children arrived to build the fort and town, and by the 1740s Frederica was a thriving village of about 500 citizens. When Spanish troops sought to capture St. Simons Island in 1742, Oglethorpe’s men won a decisive victory in what is now called The Battle of Bloody Marsh. Hofwyl Plantation offers a glimpse into the lives of planters and slaves that grew rice along the Altamaha River nearly 200 years ago. You can tour the antebellum home built by the Troup family and examine the nineteenth century farm equipment still stored in the barn. The museum is currently closed as it is being transitioned to a World War II Home Front Museum scheduled to open in October, 2018. The St. Simons Lighthouse is the oldest brick structure in the area and is still maintained as an operational light by the U.S. Coast Guard. You can climb the 129 steps to the top for a spectacular view of the Island. First constructed in 1807 by James Gould on Couper’s Point, and then reconstructed in 1872, along with the light keepers cottage, which were destroyed by retreating Confederate forces in 1862. 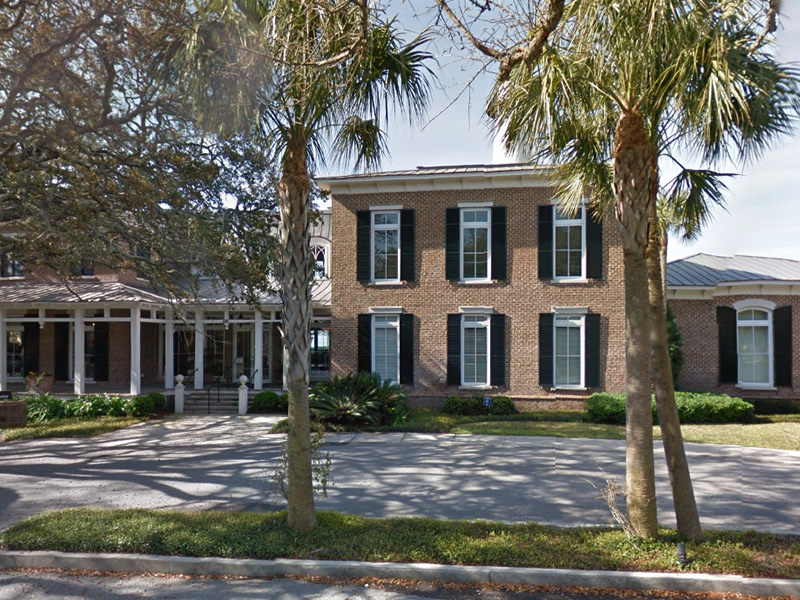 The first floor of the Center includes an entrance gallery featuring exhibits, an event hall, an executive board room and a museum store. The second floor features a climate-controlled hurricane-safe vault housing the Coastal Georgia Historical Society’s vast collection of objects, artifacts, archival materials, and a 500 volume research library.

The Maritime Center at the Historic Coast Guard Station on East Beach Seven galleries are filled with exhibits exploring the beaches, marshes and forests with their relationship to facets of our area’s Coast Guard and military history.